Share a memory
Obituary & Services
Tribute Wall
Read more about the life story of Roger and share your memory.

Roger Dean Kramer was born March 15, 1942, to Vern and Opal (Thomas) Kramer in Holyoke, Colorado. He passed away on January 18, 2023, at Melissa Memorial Hospital in Holyoke. Roger grew up southeast of Holyoke in the Pleasant Valley community. He attended elementary school at Fairview. He and his siblings rode horses to the country school. He liked to say that ifhe walked to school, it was uphill both directions. Roger attended high school in Holyoke, graduating in 1960. He was actively involved in FFA during those years. He then went to college for one year at Colorado State University. He came back to work on the farm with his dad and brother, Mickey. Roger enlisted in the Air Force in 1964. He married Mary Beth Dubbert on May 8, 1965. They celebrated 57 years of marriage last year. He and Mary Beth lived in Colorado Springs before he was eventually transferred to Thailand. He was honorably discharged from the Air Force in 1967. He and Mary Beth then returned to make their home in Holyoke eventually having two daughters, Lisa and Kathi. He was actively involved during their childhoods with their various activities.

Roger worked on the family ranch/farm with his dad and Mickey, eventually adding brothers Garry, Randy, and Byron to the operation. They formed Kramer Feedlot and ran a successful operation for many years. Roger loved to feed the cattle and work at the feedlot. He and Mary Beth traveled with family and friends extensively over the years both in the United States and to Canada, Jamaica, Costa Rica, and the Dominican Republic, taking each of their three grandchildren on a senior trip. One of his favorite places to visit was Branson, Missouri. He always seemed to find the slot machines at various casinos along the way. Roger served as a director on the Holyoke Coop Board for many years, enjoying his time spent with fellow directors and patrons. He was a member of the Knights of Columbus at St.

Patrick Church. He was also a member of the American Legion since he returned from his military service. He proudly displayed the American flag at his home.

Roger loved to spend time with his family. There were many family gatherings with siblings and cousins which involved playing cards. He greatly enjoyed the yearly Kramer family reunions and the pitch games. As his grandkids grew up, he attended many sporting events, cheerleading competitions, and FFA activities. He really enjoyed spending time with his grandkids and will be greatly missed. 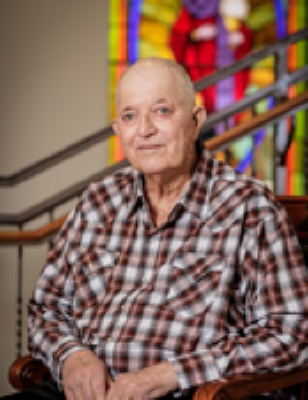