Share a memory
Obituary & Services
Tribute Wall
Read more about the life story of Jeffrey and share your memory.

Jeffrey Kenneth Roll was born July 1, 1970 in Cassville, Missouri to Kenneth Roll and Susan (Oltjenbruns) Roll. He died unexpectedly on November 25, 2022 at Medical Center of the Rockies in Loveland, Colorado at the age of 52. Jeff was baptized into Christ at Holy Cross Lutheran Church in Cassville, Missouri on July 19, 1970. He was confirmed on May 5, 1985 at St. Paul’s Lutheran Church in Amherst, Colorado. Jeff was the second child born to Kenneth and Susan, he had an older sister Michelle, and two younger sisters, Carrie and Jamie. Jeff loved them dearly and always looked forward to their time together, playing games, sharing laughs, and enjoying a good craft beer together.

Jeff attended Northwest Kansas Area Vocational Technical School in Goodland, Kansas to study Diesel Mechanics. He then worked in Sterling, Colorado as a Diesel Mechanic, and this is where he met his wife, Laura (Brace) Roll. They met in July of 1991 and were married in November of the same year. Jeff had already enlisted in the Navy when he met Laura and left for basic training in January of 1992 in Chicago, IL. After this they moved to Memphis, TN where he attended his technical training school to study aviation electronics. In July of 1992 Jeff was discharged on a hardship discharge to go back to Amherst, CO to help with the family farm after his father suffered a heart attack while Jeff was in basic training. After coming back to Colorado to farm, Jeff and Laura welcomed their first daughter, Alyssa Paige, in November 1993. Two years later in November of 1995, they welcomed their first son, Zachary Hayden. They welcomed their youngest daughter, Emma Christine, in August of 2000. He continued to farm until 2006 when he and his family moved to Georgetown, KY where Jeff worked at Toyota Motor Manufacturing Company for two years. They then returned to the Holyoke, CO area where Jeff continued to work as a diesel mechanic at Case IH in Holyoke until July of 2019. At this time Jeff was offered his dream job on Old Elk Ranch in Laramie, Wyoming. Jeff and Laura were able to enjoy all of their favorite hobbies together in Laramie, hiking, fishing, sightseeing, shooting, and becoming avid University of Wyoming Cowboys fans. Jeff was in his element, being able to fish and hunt whenever he wanted.

More than anything Jeff knew that Christ is Lord of all and led his family in that faith. Jeff cherished spending time with his family, especially his wife, children, and grandchildren more than anything. He was the best Papa to his grandchildren Jameson, Tinley, and Isla, and they loved FaceTiming with him and goofing around with him while visiting.

Baucke Funeral Home was in charge of arrangements. 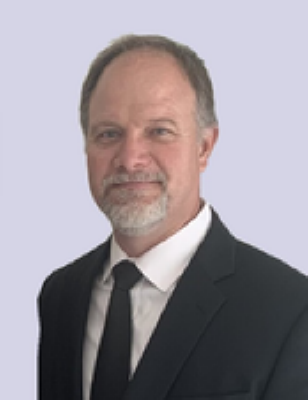