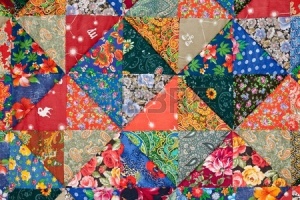 A daughter. A sister. A wife. A mother. A grandmother. A “Grandma Janet”. A friend. Her husband, James “Jim” Davis, of almost 55 years loved her more than words can express.  She and Jim set an amazing example for their four children who have been married a collective 125 years. Janet passed away on Wednesday, December 3, 2020, what would have been her mother’s 112th birthday, at University Hospital-Anschutz in Aurora Colorado.

Janet was born near her childhood home in Paoli, Colorado on March 7, 1945.  She grew up on the family farmstead with her parents, John H and Irene E. Harms and her siblings. As a child she helped raise sheep and chickens and learned the love of animals and the ground; a love of life she never outgrew.  Janet went to Paoli schools during elementary. She graduated from Haxtun High School in Haxtun Colorado where she met and married her high school sweetheart.  Theirs was a love affair for all time, from that point on everything they did; they did together, which quietly guided their four children, their spouses, and 10 grandchildren.

Both Jim and Janet graduated with the class of 1962, and went on to become pillars of the Haxtun community.   While Jim worked many jobs, Janet was at home with her first three children, whom she often reminded were “three children under the age of four”.  Janet provided in-home care for many other children, as well.  In 1975, 10 years after her third child, she had her 4th.. She once jokingly commented to her sister “this is all I really need is three teenagers and an incredible hulk”, even though Susan always told her she would have preferred a “Wonder Woman”.

In 1977 Jim and Janet ventured out on their own, starting the Haxtun Sav-o-Mat with two other partners.  Janet managed all of the financial aspects of the business for 35 years. In addition, Janet used many of her many talents in a variety of ways including creating flower arrangements for a time at the local flower shop, managing the Haxtun Credit Union, finally spending the rest of her work career as a Rural Mail Carrier for the Haxtun Post Office.

Another of Janet’s passions was watching as many of her grandkids and great grandkid sporting competitions as she could attend. She would groan with every tackle and twist into a pretzel with every wrestling move, not to mention those jump shots.

Janet was a member of the United Methodist Church for 58 years, a place she loved and contributed to in many different ways over the years. Most recently, she prepared bread for each monthly communion as a Communion Steward.  She really enjoyed that service and took it very seriously—many birthday parties were planned around the first Sunday of every month.

Janet was at her best when she and Jim were remodeling one of their houses, one of their siblings houses, or one of their children’s houses.   They did everything, including remodeling their “dream home”, only to turn around and buy a bigger house, add onto it and change everything but the studs after all of their kids had graduated from high school and mostly left home.

Finally, you could find her in the kitchen trying new recipes out on Jim or making one of her many amazing dishes that she was all too happy to share.

Janet is survived by her daughter Susan and son-in-law, John Engelmann, her sons and daughter-in-laws, Paul and Joyce, Keith and Rachelle, and Michael and Marcie Davis, and grandchildren; Jessica and Tom Bullard, Sarah Engelmann, Jon-Paul and Keisha Davis, Melyssa Ham, Michael and Ashley Engelmann, Luke and Sabrina Davis, Kelcy Davis, Levi Davis, Marshall Davis, and Macie Davis; and nine great grandchildren, Jayleigh, Taivyn, and Cooper Bullard, Molly and Jayme Ham, Ivan, Hudson, and Chloe Davis and Peyton Davis.  She is also survived by her siblings—Virgil Harms, Lorraine Green, Dennis Harms, and Theresa Davis, and a number of nieces and nephews.  All of these she loved and touched deeply.  She was preceded in death by her loving husband Jim, her Mom and Dad, and two brothers—Kenneth and Orville Harms.

Please join us for a visitation and celebration of her life on Tuesday, December 8, 2020 at the United Methodist Church from 3:00-6:00.  The funeral will take place on Wednesday, December 10 at the Haxtun United Methodist Church at 10:30 a.m. with an Internment to follow at the Haxtun Cemetery. It will also be live-streamed on the Facebook page of Baucke Funeral Home and Monuments. Donations can be made to the Janet Davis Memorial Fund to be donated to local charitable organizations at a future date.