Share a memory
Obituary & Services
Tribute Wall
Read more about the life story of Hubert and share your memory.

Hubert Wesley Jones, or “Jonesy,” as he was known in Holyoke, unexpectedly passed into heaven on Friday, November 25, 2022, at the age of 94. Hubert was born in Woodward, OK, in 1928 to Evelyn E. Cronkite and Hubert D. Jones. He was the oldest of six boys. His family ranched and farmed around Seiling, OK, before moving to Fort Collins, CO, in 1945. Before attending high school in Fort Collins, Hubert worked for a year on a ranch with a family member in Flagler, CO, lettering in cheerleading, and when he got his first Chevy four-door car, he joined his family in Fort Collins. After graduation in 1950, he was called to the U.S. Army, where he served in the Artillery Division in Korea. His main job was to drive wreckers to pick up artillery equipment left behind enemy lines. He loved working on big machines and was soon given the rank of Motor Battalion Sergeant First Class. He was stationed in Korea for 17 months, ending his military assignment at Fort Carson in Colorado Springs and transferring to the Enlisted Reserve Corps in 1952. Using his GI Bill, he moved to Fontana, CA, to attend a vocational school to become a machinist. In Fontana, Hubert worked for the San Gabriel Water Company and lived with an aunt and uncle. He remained in the reserves until September of 1956 and was awarded the Korean Service Medal, the United Nations Service Medal, and a Bronze Star. While visiting his family in Fort Collins in 1952, he was introduced to Mary K. Todd, an assistant dietitian at the Larimer County Hospital, by his mother, who was managing the hospital cafeteria. In June of 1953, Mary and Hubert were married in Ontario, California. They found a new home in Fontana, CA, and Hubert continued to work for the San Gabriel Water Company and later worked at the Sierra Motors Supply parts store. During their time in California, they had three children: Kathy, Wesley, and Linda. The family moved to Fort Collins in 1960, where Hubert worked for his brother-in-law, managing one of his Bay service stations on Highway 14, and occasionally worked for the Colorado Hay Company. But Hubert really wanted to be a rancher, so in 1968, the family moved to Proctor, Colorado, to manage a small ranch and farm. While there, he finally got a chance to buy a horse and a small herd of cattle! After about a year or so, the owners of the ranch needed to sell the property, so the Jones family returned to Fort Collins, where he managed the Sinclair Oil bulk plant and again hauled hay for the Colorado Hay Company. But his desire was to run a ranch and farm, so in 1970 the family moved to Holyoke, where Hubert worked for Rothe Farms and was employed there for 15 years. After the Rothes dissolved the farm, Hubert tried his hand at owning his own welding and machine shop in Holyoke but ended up selling the business and working for various farmers in the area. At age 65, he decided he would attend truck driving school so that he might have the chance to see the country! But he still enjoyed animals, so he became a driver for Scholl Oil and Transport, hauling pigs and cattle, ending his work life somewhat as it had begun, with cattle, horses, and pigs. Hubert loved horses, ranches, and rodeo. Over the last 60 years, he rarely missed attending the National Western Stock Show. While walking around the stock show grounds, it would not be unusual to hear someone call out, “Hey Jonesy!” Hubert was a friendly person who felt comfortable talking with people and enjoyed their company. He loved to tell stories about the ranch where he grew up, recounting the names and personalities of the horses that were part of his life. Over the past years, he was happy to ride his horses in parades, raise a colt named Jimmy, and love his last horse, named April. He had a knack for bonding with horses and cattle, but not so much with pigs. While traveling, he was always fascinated with the contours of the landscape and was not afraid to stop along the way to see ranches in the area. On his last long trip in 2021 to see the Old Threshers’ Museum in Mt. Pleasant, Iowa, he said he was more thankful for the opportunity to see the landscape than seeing the destination. Hubert was preceded in death by his wife of 68 years, Mary K. Jones, his brothers, Buell, Kenneth, Wayne, Raymond (Short), and Buddy, as well as his parents, Evelyn and Hubert Jones. He is survived by his daughters, Kathy Lopez of Holyoke, and Linda Boughman of New Zealand, along with his son, Wesley Jones of Denver, two granddaughters, Brittni (Boughman)Barroga of New Zealand, Sasha Lopez of Holyoke and 5 great-grandchildren. A memorial ceremony will take place in Holyoke on January 27th at 11:00 AM at the chapel of the Baucke Funeral Home, which is located at 1220 SW Interocean Dr. Following the service, a reception will be held at the Holyoke Lions Club, which is located at 125 N Campbell Ave, Holyoke, CO 80734. Flowers will be received by the Baucke Funeral Home for the family. Donations can be made in memory of Hubert Jones to the Rocky Mountain Horse Rescue Center. Please specify that your contribution is for the Hubert Jones Memorial. Donations can be made online at https://rockymountainhorserescue.org/donations or mailed to 9190 Alkire Street, Arvada, CO 80005. 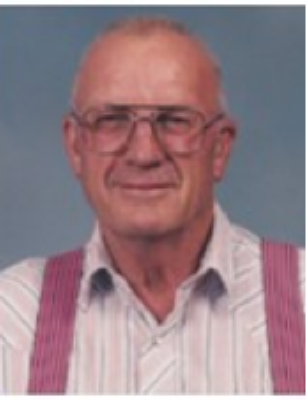