Share a memory
Obituary & Services
Tribute Wall
Read more about the life story of David and share your memory.

Dave was baptized October 16, 1955 at St. John’s Lutheran Church in Yuma by Rev. John Hildebrandt. His sponsors were Shirley Lillich and Freddie Hillman. He was confirmed at St. John’s on March 22, 1970 by Rev. Charles Alspaugh. His confirmation verse was Ephesians 5:8 “For at one time you were in darkness, but now you are light in the Lord. Walk as children of the light.”

Farming was a large part of Dave’s life, growing up on the farm with his brother Kenny and following in the footsteps of his father Keith and mother Luella. He joined the Boy Scouts and achieved the rank of Eagle Scout in April 1970. Dave attended school in Yuma and graduated from Yuma High School on May 21, 1974. A wink across the classroom sparked a love between Dave and his adored future wife, Peggy Jane Schroetlin.

Dave and Peggy married June 22, 1975 and enjoyed a wonderfully eventful life together in Yuma. They began in a small brick house near the highway and later enjoyed many years at their forever home on Homestead Trail following the births of their daughter Tara Lee Lillich December 28, 1980 and Mason Keith Lillich December 4, 1990. Dave would eventually move back to the home where he and Peggy began their life together.

With Peggy at his side, Dave followed the path of scouting for many years, serving as Cubmaster, Scoutmaster, Assistant Scoutmaster, and District Commissioner. He earned his Brotherhood with the Order of the Arrow in June 2006 and completed Woodbadge Training in February 2007. Dave was proud to be joined as an Eagle Scout by son Mason and brother Kenny.

One of Dave’s great passions in life was his involvement in Yuma Emergency Services. He joined the Yuma Fire Department in 1981 and received his Firefighter 2 certification in April 1999. He pursued Dive Rescue, becoming a Rescue Specialist in August 1986, Ice Rescue Specialist January 1998, and Med Dive Specialist June 2000. Scuba diving was one of his favorite pastimes, vacationing to many locations with Peggy and Tara; their favorite destination was Cozumel, Mexico. Dave joined the Yuma Ambulance as an EMT Basic in March 1988 and served as Paramedic from June 1996 until the time of his death, touching countless lives in his time.

Dave was preceded in death by his beloved wife Peggy Jane Schroetlin Lillich, upon whose passing he lost a large part of his heart. His father Keith Lenard Lillich and brother Kenneth Dean Lillich also preceded Dave in death. He is survived by his daughter Tara Lillich Edelen and husband Ricky, son Mason Lillich, and mother Luella Mae Korf Lillich, as well as many relatives and friends.

Dave knew the saving grace of Jesus and we are left with the peaceful knowledge of his salvation. 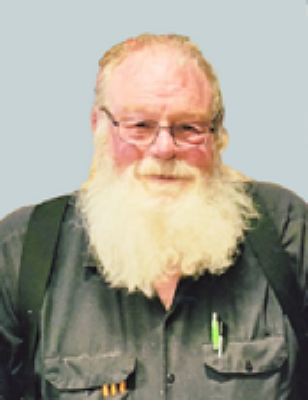