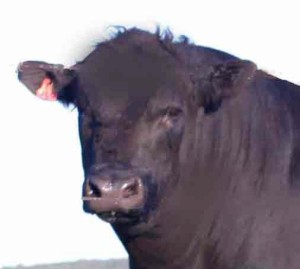 Corey James Mekelburg was born on July 21, 1995 in Liberal, KS to Dori Jennings and Shane Nichols. He passed away September 15, 2021 in Yuma, Colorado in an automobile accident.

His early years of school were in Otis and then to Yuma 3rd grade through 6th grade. In 2005 Dori, Corey and Shae became a part of the Mekelburg family when they married Richard Mekelburg. In 2010 Richard adopted Corey and Shae. He started Jr High at the Lone Star School. In High School he played football and basketball where he shined wearing hot pink high top basketball shoes.

He was also very active in Lone Star FFA and was on the Officer Team. Corey was active in the Denim & Dust 4-H Club and served on the Yuma County 4-H Council as President 2013-2014, Parliamentarian 2012-2013 and 4-H Council District Senator in 2011-2012. Corey loved Shooting Sports where at the State 4-H Competition he shot a perfect score which led to a shoot off with another boy. In the shoot off Corey missed just one and ended up State Reserve Champion. Corey also was very active in the Pleasant Valley Church youth group.

After graduating from Lone Star with the Class of 2014 he went to work at the Yuma Ethanol Plant. In 2016 he enrolled in Oklahoma Panhandle State University where he definitely enjoyed the college life.

In 2018 he returned to Yuma and went to work for Tim and Robert McCall and McCall Haying. Corey loved his job working for the McCall's and especially loved working in the hay fields in Nebraska and all over Northeastern Colorado.

You never saw Corey without a huge heartfelt smile and could hear his roaring thunderous laugh. He had a gentle soul and was always willing to help someone no matter what he had to drop to do it.