Share a memory
Obituary & Services
Tribute Wall
Read more about the life story of Arnella and share your memory.

Arnella Darleen Adolf was born on April 23, 1936, in Kit Carson County, Colorado, the first child of Christian Adolf and Anna Weisshaar Adolf. A son, Delmar Lee Adolf, completed their family in 1948. Arnella grew up on the family farm north of Bethune, Colorado, know as the “Settlement” community.

Arnella met the love of her life, Albert William Corliss, at a roller skating rink in Burlington in 1950. They dated for two years and then in 1952, Bert was drafted into the U.S. Army. After  arriving home from the Army, Arnella and Bert were married on June 15, 1954. They moved to Yuma in October of that year. This is where they called home and raised their children (Sabrina and Tony). Bert and Arnella were married for 52 years and enjoyed traveling together. Bert passed away on March 10, 2016.

Arnella was very active in the community as well as having a wide and varied work career. When she first moved to Yuma, she worked in the turkey factory and Duckwalls. She baked pies for the Yuma Livestock Auction Market, was a bookkeeper for Yuma Co-op, and then became an Avon lady. She was an Avon lady for 50 years until retiring in 2017. She and Bert ran auctions and estate sales with their business known as Corliss Auction Service. Arnella had her hands full keeping up with Bert in the auction service. Then she and Bert built the Corliss Storage Units which she operated until her illness.

Arnella passed away on January 19, 2023, at The Harmony Home in Yuma, Colorado.

A memorial service will be held on Friday January 20, 2023, at St. Paul Lutheran Church in Otis, Colorado at 10:30 a.m. Baucke Funeral Home is in charge of arrangements.

In lieu of flowers, donations can be made to Hospice of the Plains. 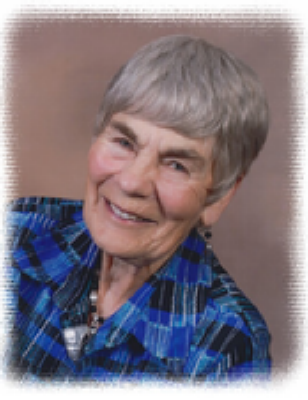