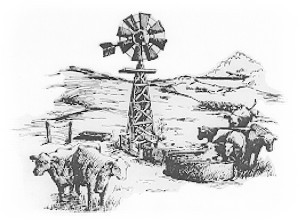 Tony Randolph Weber was born in Denver, Colorado on July 21, 1952 to Jack Eugene Weber and Wilma Winifred Jones-Weber.  His service was held on the Old Thresher’s Grounds in Yuma, Colorado, August 20, 2019.  Tony departed August 11, 2019, age 67 at Rapid City Hospital, Rapid City, South Dakota, due to complications from a motorcycle accident following a wonderful weekend at the Sturgis Rally.

Tony grew up in Golden, Colorado where he attended Johnson Elementary School, Bell Junior High School and graduated from Golden High School in 1970.  Early jobs included working with his father and brother at Weber’s Auto shop and landscaping at Coors Brewery.

Tony attended Fort Lewis College in Durango, Colorado from 1970-1973 where he met Vicky Fay Bradley.  The two were married October 20, 1973 at St. Johns’ Lutheran Church in Yuma, Colorado.   Their first home was “Top of the Crock” in Durango where he worked construction on the Tamarron Resort.  They were blessed with a son, Christian Paul Weber in 1974.  Shortly after they moved to a farm on the Vernon Road, southeast of Yuma.  Tony worked for KD Farms and Sand Cattle Company.  A beautiful baby girl joined the family, Candace Mitchell Weber in 1977.  Tony and Vicky would divorce in 1991.  Years later he met his common law wife Karla McCoy who passed in 2012.

To send flowers to the family or plant a tree in memory of Tony Randolph Weber, please visit our floral store.